I was flipping through the card boxes at Uncommon Sportscards and some of the cards are in those unbelievably huge screw down cases that would often hold 1990's junk wax.  As I flipped it over I was a little confused but the plot thickened. 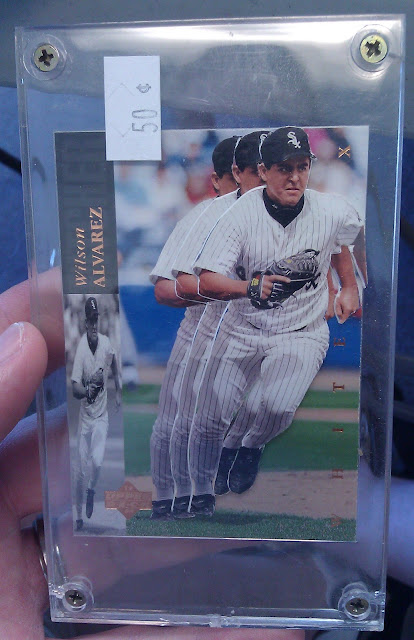 I didn't remember Wilson Alverez having one of those cards like Rickey Henderson's 1991 Upper Deck card which showed Rickey in motion on a single non-3D card. 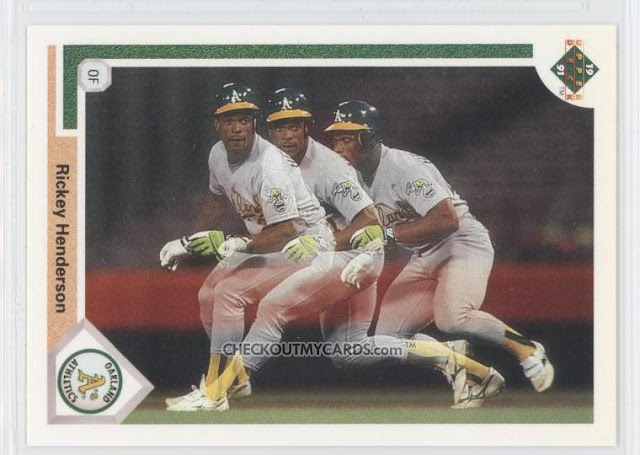 Instead upon closer inspection it turns out someone had three copies of the Alverez card and decided to make their very own shadow box cards.  Each version of Wilson seems to be delicately cut out and glued on top of one another. 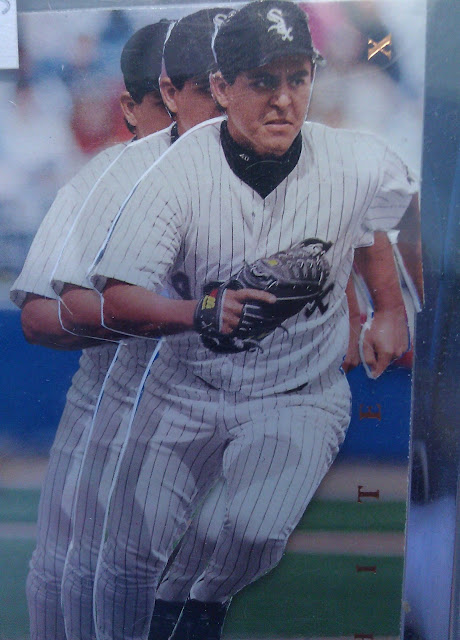 Here's a close up on three Wilson faces on top of each other: 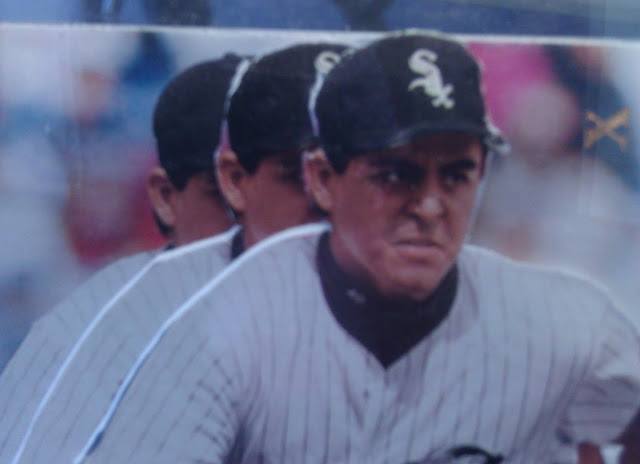 And here's the card's reverse side which was unaltered. 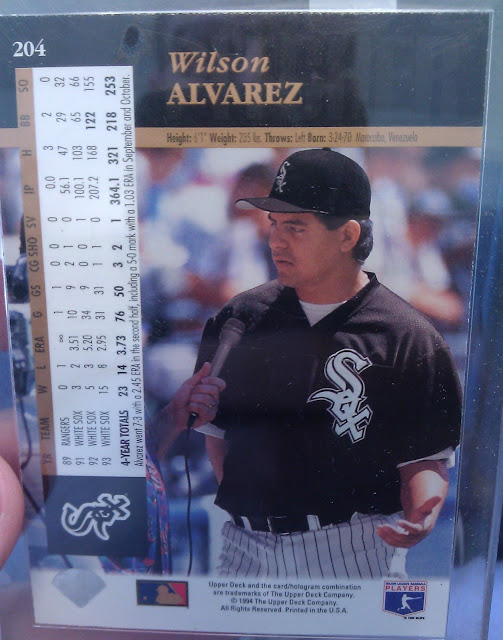 In the end, I delicately placed this masterpiece back into the box after photographing it and so you can sort through the many boxes at Uncommon Sportscards in the Twin Cities it can be yours!
Posted by Matt Flaten at 11:00 AM 3 comments: 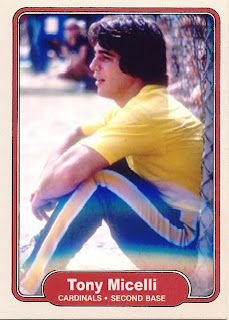 This photo screamed 1982 Fleer, so that became my focus. The odd angle, weird positioning and lens flare really captured the top notch photography that marred the early Fleer sets. The out of place coloring on the "uniform" seems about right for the sometimes spotty photos from these sets too.
Posted by Steve Gierman at 11:09 PM 10 comments: