the devil in dan mcginn

sometimes there are other gems in those lots, such as this 1971 topps dan mcginn card 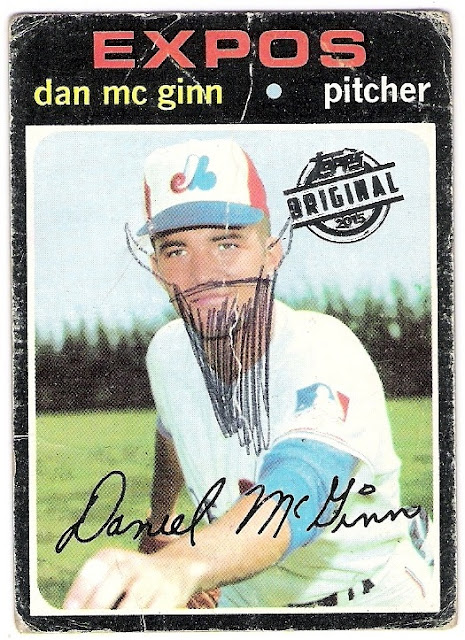 a close-up of the stamp

shows that the beard and horns - classic devilry doodling - were applied to the card prior to it achieving buyback status.

what might have possessed a person, assumedly a youth, to disfigure this card to such a degree?  here, for the record, is the back of the card, which features a clean-shaven mcginn, unaltered by dastardly sketching. 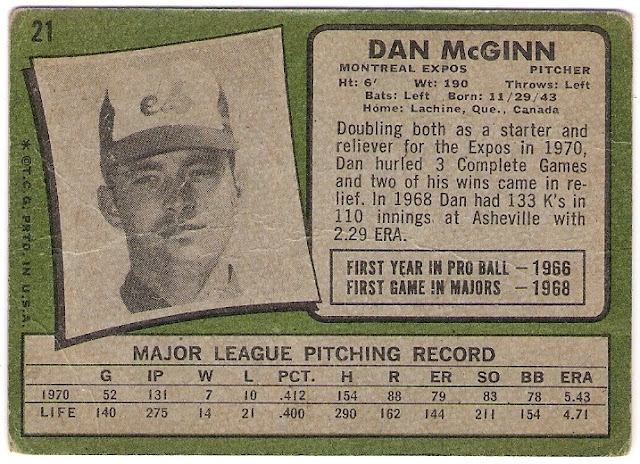 mcginn didn't pitch in the big leagues in 1971 until june, so perhaps the owner of the card was disappointed to open a first series pack and get a guy who wasn't on a major league roster at the time.  or, perhaps this fan was listening to a game in which mcginn pitched poorly, of which there were several during the 1971 season.  my guess is that the card's owner figured out that mcginn's presence in a game was a curse against the expos, as the team lost 25 of the 28 games in which mcginn appeared during the 1971 season, including the last 22.

regardless of the reason, i envy the person who opened a pack of cards in 2015 and found this card.
Posted by gcrl at 7:55 PM 1 comment: