What you see above (the 'way' above) is a 1982 Davco Publishers Bob Feller card. It is one of the many oddball Tribe items I own. The card is printed on heavy stock, though not thick. It's one of my favorite oddballs because I haven't seen many like it. And, of course because it features the great "Rapid" Bob Feller!

The card itself is actually part of a 25-card Hall of Fame set. They have blank backs. Each has a painted scene of the player being depicted. The tag line reads: "(c)MCMLXXII Davco Publishing, Skokie, Ill."

Often referred to as the "Blue" set, it features these players: 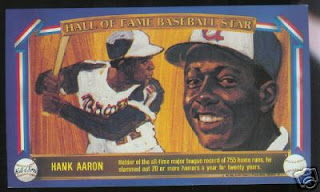 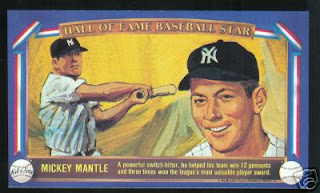 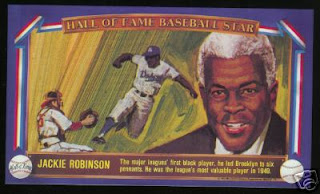 You can actually find complete sets online, if you're looking. Individual cards can also be had, though those are actually harder to find than complete sets. Go figure.
Posted by --David at 8:21 PM