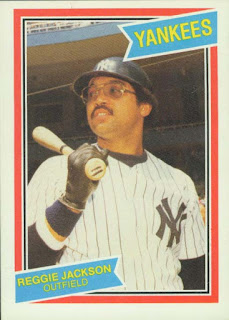 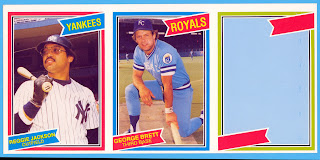 Wow. Where'd you find these? The Reggie is awesome, and the design has such a better feel to it than what they went with. Hard to put a finger on why, but it does.

Sometimes one will pop up on eBay. I have seen them in the Beckett Marketplace as well.

I agree that the design is a little more pleasing than the 1981 set. I still haven't decided if that's because the design is newer to me or that it's just a step up from the '81 design.